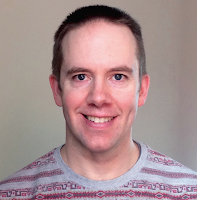 Andrew McNess lives in Melbourne, Australia, and works for a not-for-profit that supports bereaved families. His interest in writing developed through postgraduate theses, and now continues through film appraisals and analyses. He has written A Close Look at 'A View to a Kill', writes film essays at Slivers of Cinema, and manages the site Alan J. Pakula: A Cinema of Anxiety.

Praise for Andrew's work, via A Close Look at “A View to a Kill"

"An insightful and fun look at one of the most underrated Bond films."  -  Paul Rowlands, money-into-light.com

"Well written, engaging and informative ... [the author] does a very nice job of analysing how this particular entry in the Bond canon diverges from expectations." -  Phil Sexton, Writer's Digest

"A gem of a book ... [providing] great insight into John Glen's direction and John Barry's fantastic film score, along with all the subtle nuances of the characters, and more." - Matt Sherman, The James Bondlist

"Reading the book has gotten me really excited about re-viewing [A View to a Kill] ... It's really good - a nice take on the film." - Chris Wright, James Bond Radio

"This is an insightful book ... the author makes some very interesting points ... [he] challenges the reader to look at the film in new and exciting ways." - Jack Lugo, James Bond Radio

"[McNess] gives the film a rigorous look and examines things I'd never have thought of. It really is an in-depth analysis ... a fresh lens through which to see [A View to a Kill]." - David Leigh, The James Bond Dossier