While Timothy Dalton and Daniel Craig’s James Bond films share a gritty take on the secret agent, the varied public response to their characterisations suggests that a particular quality in the cinematic character is integral for attracting wide audiences…

If you've ever wondered what type of Agent 007 Richard Burton would have made, Timothy Dalton's Bond - with the brusque, no-nonsense demeanour and steely gaze - provides your answer. But can a Burton-esque Bond only go so far?

There has been considerable critical and fan speculation over the past ten years as to why Dalton did not enjoy similar levels of commercial success to the current Bond, Daniel Craig - his closest cousin in delivering a grittier, more rebellious version of the character. Perhaps, it has been posited, Dalton, and his more straight-faced films, was “ahead of the time”, whereas Craig was “the right time”. Or maybe Dalton’s Bond was too dramatic a shift after his immediate predecessor, the droll and more tongue-in-cheek Roger Moore. Or is it that Craig was fortunate to catch the Bond train when the Bond accoutrements were again fashionable?

Each line of reasoning contains insight; taken together, they provide a broad perspective on Dalton’s relative commercial failure ("failure", in Bondian terms, translates to “perfectly solid box-office performer, ultimately located at the lower end of the Bond grosses”.) There have also been assertions that Dalton lacked a certain movie star appeal and charisma.

Possibly the films were ahead of their time: while Dalton's Bond films were generally very well received critically, accompanying the commentary were passages that betrayed an anxiety, an anxiety surrounding whether the push to take the series towards a more serious tone had been too emphatic. Craig's Bond films, though, have been largely endorsed without such accompanying concerns, suggesting the films are more aligned with the zeitgeist of their time.

"We could deduce that Craig’s take on Bond is perfectly aligned with the tenor of the times. But it might also be that, as the sixth actor to essay Bond in the official series, he is the beneficiary of previous experimentation, that there is a firmer sense now of which elements are popular regardless of trends and cultural shifts."

Regarding the lack of star appeal, it's difficult to reconcile these assertions on the evidence of Dalton's performances in films such as Flash Gordon (1980) and (especially) The Rocketeer (1991); he clearly had the capacity to invest an Errol Flynn-type élan and a smooth, tongue-in-cheek panache into the James Bond character. Should he have so desired. But this was not his intention over the course of the two Bond films he starred. And “intention” points us toward a fundamental difference in Craig and Dalton's interpretation of the role - and I wonder if it is this difference that has played a particularly significant role in the popularity divide between the two actors (popularity, I should qualify, as determined by audience attendance, a good ol' capitalist yardstick).

Dalton took a particular creative punt, one that was supported by his producers, director and writers: his James Bond does not seem to like himself. To date, Dalton's Bond remains unique for this quality. Craig's Bond may have a similar compulsion to rebel, to seethe, to lash out. But he doesn't seem beset by the moral weariness that Dalton - in his desire to bring audiences closer to the essence of Fleming's man - presented us with.  Dalton's vacillating, quick-tempered Bond is fed-up, if not repulsed, by the wretched espionage world. And yet back to the fray he returns; he apparently needs this business to feel alive. But such cognitive dissonance is a recipe for self-loathing.

What Craig's commercial success suggests is that even a gritty, compulsive spy needs to like himself; to project an inner core of contentment, even when he's pissed off. A contented Bond (outwardly, at least) with a spring in his step and a spark in his eye would appear to be something audiences have come to anticipate and expect, if not always consciously. And the commercial response to Dalton's films, and the subsequent upward trend with Craig, would appear salient reminders that a deprivation of that quality is ultimately non-negotiable. Bond can reign in his quips, but not his free spirit.

Dalton's Bond, of course, wasn't simply funereal in tone. Flickers of warmth shone through, and he projected a sincerity, however battered by circumstance, that was duly acknowledged by commentators. For anyone who ever found the other Bonds a touch conceited, Dalton was the refreshing alternative. The distinctiveness, if not the daring, of Dalton's take - a school-boy sincerity mixed with adult jadedness - I find becomes more pronounced as each new Bond film is released, for it becomes increasingly apparent that certain Dalton-Bond characteristics will not be replicated anytime soon. And given that the concerning box-office of the mid-to-late Eighties ultimately did not lead to the series’ demise, said box-office almost adds to the intrigue of the Dalton years, not unlike the comparative drop in box-office that accompanied George Lazenby's solo effort.

As we well know, though, box-office drops, critical hostility and/or genre excesses typically force a rethink. Is Bond maintaining currency? Is he being played “the right way” to satisfy cultural trends? A lot of thought, debate and deliberation is given to this. We could deduce that Craig’s take on Bond is perfectly aligned with the tenor of the times. But it might also be that, as the sixth actor to essay Bond in the official series, he is the beneficiary of previous experimentation, that there is a firmer sense now of which elements are popular regardless of trends and cultural shifts. The disparity between Craig and Dalton’s commercial popularity supports the importance of a self-regarding Bond (a quality reinforced by the four other Bond actors as well). And that Craig has the most forceful physicality since Connery backs that element as a significant contributor to the widespread appeal of Bond.

The cinematic James Bond, i.e. big box office, must go on. Producers, to help ensure this, please feel free to make your revisions from film to film. But thank you for the popularly-stated “slip-ups” along the way - whether it be a Bond who is too grave, too dated, too advanced in years, too untried, too fanciful, or (in recent times) possibly a little too far fetched in the family relations stakes - because these “slip-ups” can actually be gems. They just might be risky to replicate too often.

Still, we got to see Richard Burton's take on James Bond. Twice. We should be so lucky. 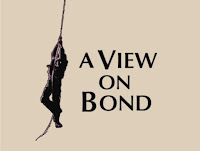