JOHN GLEN HAS HAD HIS SIX 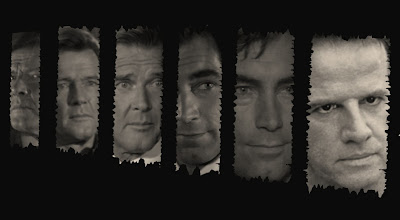 Don't be so fast.

In their respective autobiographies, John Glen and Alec Mills, director and cinematographer of Eighties Bond, recount a series of production constraints that afflicted their 2001 collaboration, The Point Men. The film, a variant of the Patriot Games-school of familial score-setting intersecting with nationalist struggles, and starring a brief contender for the Bond role and subsequent B-movie icon, Christopher Lambert, is perhaps not the final hurrah one would have hoped or anticipated for director Glen.

Despite the film's rich underpinnings - Steven Hartov's 1992 novel The Heat of Ramadan - The Point Men, like Glen's Aces: Iron Eagle III (1992), feels a step down after the prestige and production values of the Bond films he directed for the Broccoli family. Similarly, it feels a step down from the prestige of his 1992 epic, Christopher Columbus: The Discovery, overseen by another big-time producing family, the Salkinds. I state "a step down" with caution, however, as to minimise Aces or The Point Men for their B-movie accoutrements is to almost certainly overlook the values they hold.

Glen noted that during The Point Men's post-production, changes were made to the story and additional scenes shot. At this point he felt the film - already challenged by an artistically stifling "just get the shot and move on" filming schedule - was no longer his, and he apparently chose not to oversee this final phase of production. On the evidence of the finished film, I suspect the additions as such were extra lashings of viscera, nudity and sadism.

And Glen's absence is felt in the editing: while he always liked a brisk pace to his movies, he was not one to compromise build-up in the process, something that The Point Men sometimes does - quite markedly so, in fact, in these instances - rushing its transitions from scene to scene as if in a rush to get to the next assassination. (The Day of the Jackal meets Friday the 13th.) The most glaring example of this tendency is seen when a funeral sequence is given exceedingly short shrift. Coherence is also threatened by the style, and, paradoxically, in the midst of the rush some moments of sadism are left to flail meaninglessly and gratuitously in the narrative’s ether. In fact, the editing mirrors the rapid-fire scene changes of a Lambert-headlining Highlander sequel, as though the actor's involvement in the project invoked in the producers a desire to produce a comparable level of heightened energy. Perhaps this was always the producers' intention.

The final product is a 90-minute piece that feels truncated; that really needs to be closer to a Bond-friendly 130 minutes. (Hartov’s work is not without depth.) That said, The Point Men emerges an utterly diverting direct-to-video "potboiler". Better still, the film often plays like a B-movie companion piece to Glen’s Bond entries. The budget restrictions may already be fairly apparent in the film's opening "assassination gone wrong" sequence, but the sequence is an impressive one nevertheless, a "Welcome back, Mr Glen!", displaying his trademark care and flair with the steady build-up to some powerful, stunt-fuelled kinetics. The brisk scene changes may be self-defeating, but Glen's work often manages to shine through, with some suspenseful, impactful sequences on show, along with Glen's instinct for the foreboding.

Meanwhile, Lambert's protagonist, while more wearily "human" than the suave Bond character, carries over some mid-to-late Eighties Bondian preoccupations, such as the presentation of a sincere yet wounded hero; the sort of hero who looks genuinely worried during the action beats, something Glen encouraged so well in both Roger Moore and Timothy Dalton's portrayals as Bond. Lambert cuts a likeable heroic presence, both humble and haunted. Recounting a botched assassination, he sadly appraises the patsy's moment of realisation of his predicament: "His eyes. They were terrified. He was so scared." As with Glen's view of the Bond character, Lambert's protagonist is similarly viewed through an overwhelmingly - and refreshingly - machismo-free lens. (Incidentally, Lambert can also make a very good villain, and after seeing his smoothly decadent turns in TV's NCIS: Los Angeles and 2014's Electric Slide, I'd enthusiastically endorse the actor’s wish to play a Bond super-villain. Alas.)

Furthermore, The Point Men gives us moments of a more nuanced portrayal of the Israel-Palestine conflict, and it is here as well that one can feel the sure-hand of the director of Bond films such as A View to a Kill and Licence to Kill, films that typically contained offbeat moments where one could feel flashes of sympathy for its super-villain and/or associates. Glen has a good eye for the things that humanise the essential bastardry on show in the action-thriller genre, and, more broadly, he's eminently suited to blending the epic and intimate beats in Hartov's material, even if, in this case, those elements are often compromised by budget and time.

In short, then, Mr Glen had his sixth spy thriller. Not quite Bond; but not far off, either. In the process, he also had his Superman IV. But budget constraints and truncation will not faze us: it was nice to have you back again, Mr Glen, one last time, even with one hand tied behind your back.